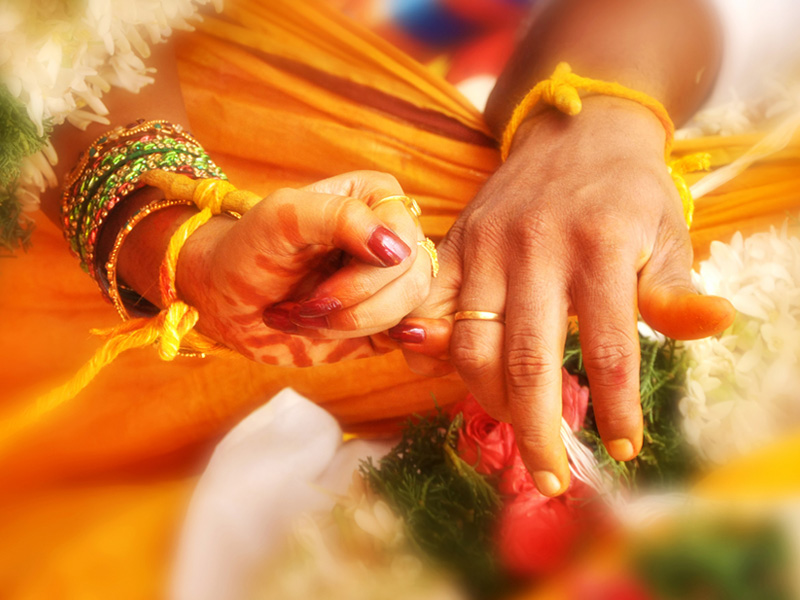 The wedding customs are an essential part of every wedding. It is what that makes the ceremony unique and exciting. Some of these customs are followed from ages and people don’t know how they originated. These customs are different for every religion. Like the customs that are followed in Hindus marriage are entirely different from Jain, Muslim, or a Christian marriage. It is important that couple should respect and follow the custom religiously as it is said that wedding is an extension of etiquettes and customs. One thing that is common among all is that they strengthen the institution of marriage. Let us take a look at some of the prevailing customs in a Hindu wedding. Some of these are changed as per convenience.

Change of first name of bride:

Changing the name of bride is quite prevalent in Hindu communities. The reason for the change of name can be many. Generally, the first name is changed to make the horoscope compatible. Especially in north India the horoscope are matched according to name. Some families change the name of bride after the wedding to give her belongingness to the new family.

Change of surname of bride:

The bride’s surname changes after the wedding. She takes the surname of her husband. This custom is bit different in southern India, here the bride takes the first name of her husband as her surname. The aim of both these customs is make the new bride part of the family.

Its girl’s side that generally bears all the expenses of wedding but with the changing time even the groom side is seen pulling up resources, so the entire burden is not on one side. It is a welcome change. One step ahead is the new generation, they don’t allow the parents to take up the expenses but they plan out everything by themselves.

Exchanging of wedding gifts is an important part of Indian culture. The gifts are selected carefully. It brings both the families close and establishes a strong bond. Although, getting a gift that everybody likes is a tough task, so mostly the families make someone a mediator who is known to both sides; this way the know about the preference. The most common gifts is dress material.

Engagement ring is seen as the acceptance of marriage. Once the wedding is fixed the engagement ceremony takes place. It generally is a family affair attended by close relatives & friends from both sides. The groom slides the beautiful engagement ring into the ring finger of the fiancée. The ring is generally of gold, platinum or diamond.

In some communities the first invite is given to God that they believe in then the wedding invitation cards are exchanged between two families. The exchange of invitation is one custom that is vastly followed in southern states like Kerala.

These are just a few of the interesting customs followed in Hindu wedding.